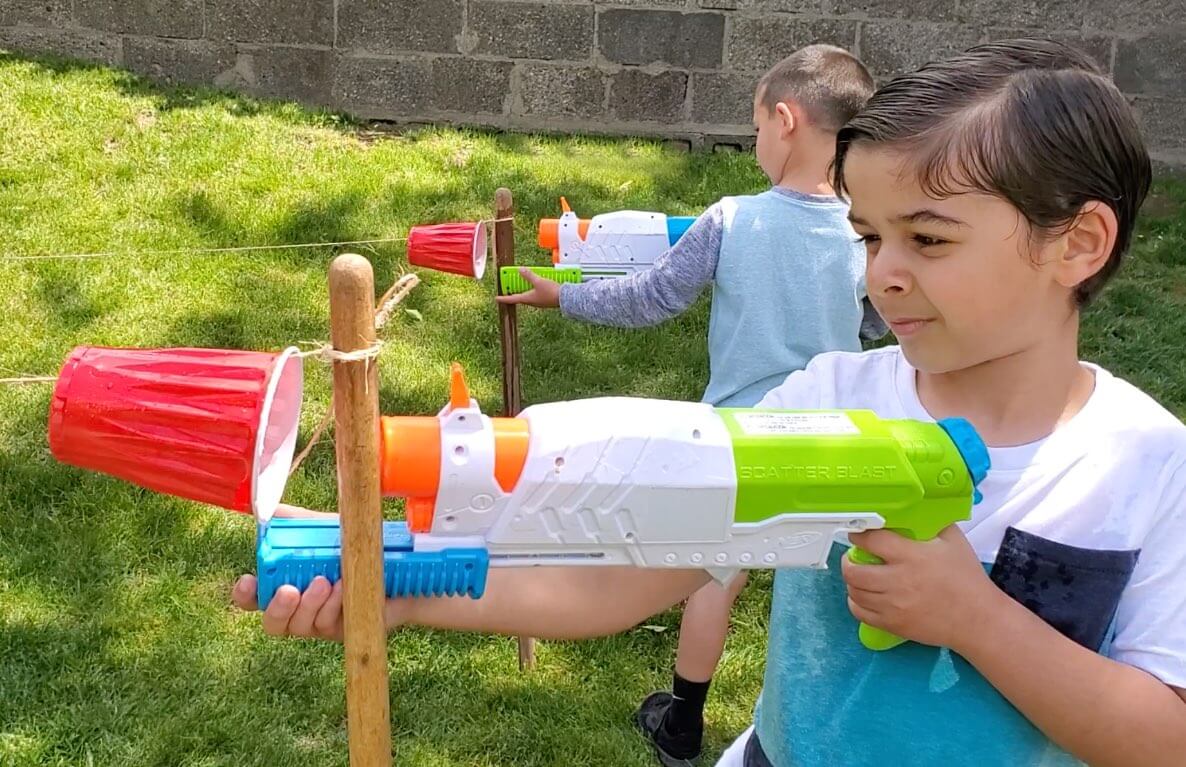 Outside water games are a great way to keep your kids both cool and active when the weather gets hot. While it’s easy to pull out the water balloons or super soakers, we’d like to suggest a some more creative games. None of them are complicated and they’re all designed to work well for apartment dwellers.

Each player gets two buckets (or pots, or storage containers, etc). One is filled with water and the other is empty. Place them a good distance apart. Then have players soak up water with their sponge, balance it on their head, run to the empty bucket, and squeeze out their sponge. Whoever fills their empty bucket first wins.

You can think of this as cross between dodgeball and a water balloon fight. The best part is that it eliminates having of broken balloon pieces scattered around your play area. Divide kids up into two teams and give each team a bucket (or two) of water and some sponges. Then let them soak up water with their sponges start throwing. Just like dodgeball, a caught sponge means the thrower is out, but if you’re hit with a sponge, you’re out.

For each player, take a plastic Solo cup, punch a small hole in the bottom. Try to place the hole as close to the side of the cup as possible. Then thread a long string through the hole and tie the string tightly between two objects. Have the players start with their cups at one end of the string and use water squirters to push their cups up the string. The first one who gets their cup to the end of the string wins.

In advance, wet a t-shirt for each player, wring it out, and place it in the freezer. Once the shirts are frozen, give one to each player (have them wear a bathing suit). The first player to unravel and put on their shirt wins.

Have kids divide up into two teams and sit on the ground in two lines. Place a bucket of water in front of the first child and an empty bucket behind the last. Give each child a plastic Solo cup. Then run the race by having the first child fill their cup with water, reach over their head and try to pour it into the cup of the child behind them – without looking. The last child in line tries to fill the empty bucket. The first team to fill their bucket wins.